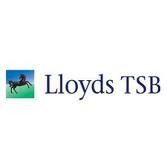 Lloyds Bank and TSB had merged in the previous couple of years and as a result there was a need to create and agree joint working practices for staff who had operated in very different ways. This challenge was exacerbated by the requirement to make considerable efficiency savings at this time. These discussions were demanding, not least because of the complexity of working with 3 separate Unions.

The employee engagement team were all experienced negotiators with a key role in providing the communication between head office and the local branches.

The main aim of the workshops was to explore the potential benefits to the employee engagement managers of adding mediation skills to their existing skill set and determining whether this could assist in taking positive steps forward, particularly in the group meetings with the Unions when a new proposal was being introduced.

With the use of actors we created an initial outburst between a Union representative and a member of the senior management team before a meeting was due to start on a key change of working conditions; we then moved to the consultation meeting at which both these parties, who were now very much in conflict, and others were present.  Sarah Crayford Brown facilitated the meeting as a live group mediation. The actors stayed in role and the meeting was unrehearsed so it could be as realistic as possible.  We looked at how the Union representative and the senior manager responded to the mediation techniques and each time there was a shift in behaviour we paused the mediation and identified why this had happened.

Afterwards we examined why the mediation techniques had worked and allowed time for a discussion on whether these skills could be used by the bank in the future.

Here are a few of the responses from the delegates to the question 'What is the most useful thing you have learnt?'

'To remember to step back; talk or listen to others and use that space to move in a more constructive direction.'

'The process that all conflict follows and that conflict resolution also follows a model/steps.'

'Listening with understanding rather than adopting a pre-determined ‘position’ is crucial to resolving conflict.'

'Seeing mediation in practice and seeing the importance mediation plays in conflict resolution.'

Please contact us on the following phone numbers with any questions or to make an appointment:

What our clients are saying

"Rarely, if ever, have I learnt something so valuable in such a short space of time"